Martians build their houses in triangular shapes. They have a tradition that for every new generation, new row of such triangular houses are built joining the previous generation houses as in figure ( assume that number of newly built houses exactly follows the triangular pattern). In this pattern, the people of mars develop colonies. 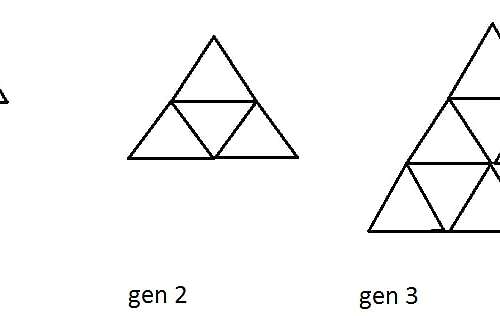 Let T(n) be the number of total triangles in the figure.

Author’s solution can be found here